Siri Is a Middle-Aged White Woman From Atlanta, Just as We All Suspected 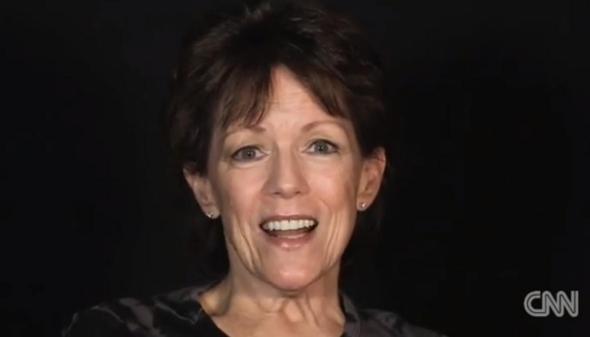 CNN has found Siri. Apple won’t confirm it, but the cable news network is pretty sure it’s got the right woman. She’s a middle-aged voiceover actor named Susan Bennett, and she lives in CNN’s backyard: suburban Atlanta.

But you probably suspected as much already, right?

OK, perhaps not. Anyway, Bennett says she decided to come forward after tech blog the Verge did a video feature that left some people thinking that a different woman, Allison Dufty, might have been the original voice of Siri. Dufty denied it, and Bennett decided it was time to come forward. Since Apple wouldn’t confirm her identity, CNN hired an audio forensics expert to check out her claims, and he concluded that Bennett’s voice and Siri’s are “identical—a 100-percent match.”

CNN’s full piece is worth reading, both for Bennett’s story and the story of how the network’s Jessica Ravitz got the story. A quick excerpt:

Bennett was a voiceover artist I was interviewing for a CNN special project on the world’s busiest airport—Hartsfield-Jackson Atlanta International—scheduled to come out next month. I was tracking down the airport’s voices, and she, a voice of Delta terminals, was one of them. In the course of our phone conversation, I asked her to rattle off some jobs she’s had over the years. She gave me a quick and general rundown and then added that she’s done a lot of IVR work.

“Interactive voice response,” she answered. “The sort of thing you hear on a company’s phone system.”

For reasons I can’t explain — I was still struggling to understand my first iPhone — I blurted out, “Hey, are you Siri?”

She gasped. And then I gasped.

Bennett is not the universal Siri, of course—just the U.S. version. The British andAustralian Siris have already stepped forward. Now all that’s left is for the new male Siri voice to reveal himself. For all we know, he could be a middle-aged woman from Atlanta too.